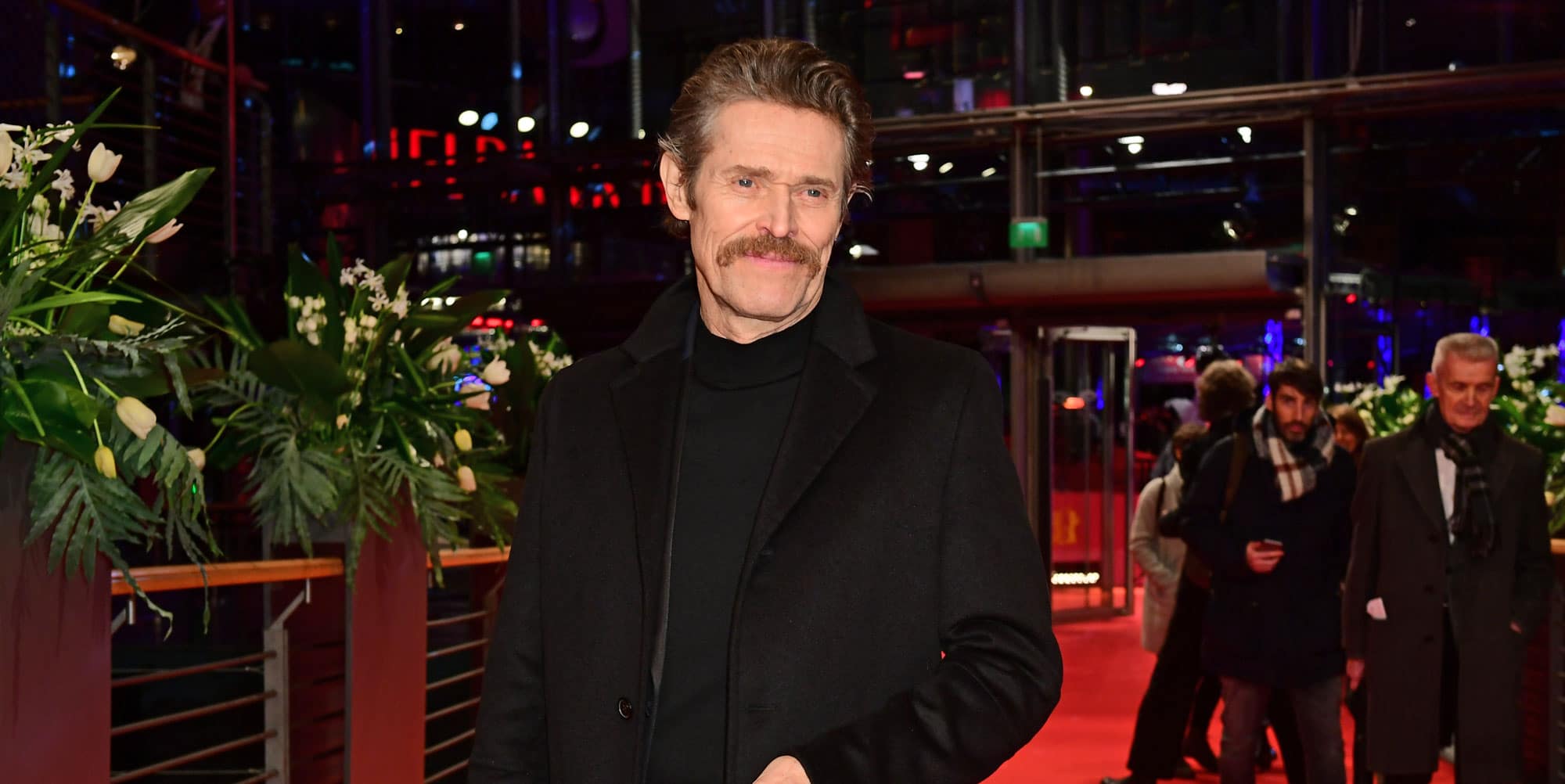 More than 40 years into his career and with well over 100 film credits to his name, American actor Willem Dafoe has become one of his generation’s most acclaimed and highly actors.

From Wild at Heart to At Eternity’s Gate, Willem Dafoe has played characters as diverse as Jesus Christ and a morally torn Vietnam War platoon sergeant to a lighthouse keeper who descends into madness. Along the way, he has continued to consistently be in the vanguard of American and international filmmaking and is looking forward to the resumption of his busy career once the coronavirus pandemic begins to wind down.

New Europe spoke in exclusive, During the recently concluded Taormina Film Festival, New Europe’s Federico Grandesso spoke with four-time Oscar-nominee, American actor Willem Dafoe, about his way of working with different directors as well as his current and future projects. While attending the event in the Sicilian coastal city, Dafoe celebrated his 65th birth and received the Taormina Arte Award.

New Europe (NE): How do you see contemporary cinema and its trends at the moment?

Willem Dafoe (WD): In the past couple of years, I have been working so much and I know only what’s going on with the people I’m working with. I’m talking about directors that I have a relation to, like Paul Schrader or Abel Ferrara. I’ll return to work with them, then there is a young director, Robert Eggers, with whom I just started working with. He just started his career and I want to collaborate with him again. I’m a true believer in mixing it up in many ways. I’m a driven guy and I only look for filmmakers that excite me when I see their work. As far as trends, that’s hard to say because I do different kinds of movies. I do little homemade films, but also big studio projects, so it’s difficult from where I sit to know what the state of the world is.

NE: How was your collaboration with visionary director Wes Anderson in The French Dispatch?

WD: It was a cameo. I was very happy to be part of his work and I always enjoy seeing him and working with him. I’m sure…I’m positive it will be a beautiful movie, but my involvement was quite brief.

NE: What are your current and future film projects looking like?

WD: COVID stopped everything and now they are trying to put some projects together that are going to happen. Right now, the things that I know that are definitely going to happen: in August I’ll go back to work with Robert Eggers, I already collaborated with him on his movie The Lighthouse which is a beautiful film, but not quite known in Italy yet. After that, I will work on The Northman. It’s a big epic Viking saga, then finally I’ll work Guillermo del Toro on the film Nightmare Alley, which is a kind of re-imagining of the Tyrone Power film of the same name. It has a great cast and Guillermo is certainly a filmmaker that I wanted to work with for a long time, so I’m exited about that. These projects are happening and I’m really happy to go back to work.

NE: What is the difference between working for small independent films or big budget productions?

WD: Generally, I tend to be more involved with small productions because I have slightly more responsibility and usually the material is a little riskier and I’m known for that approach to filmmaking – more experimental and engaging. It’s not always true, but generally in bigger movies, because of the budget, you just have a better understanding of who the film is going to appeal to and, because you have that big budget hanging over your head, you have to be more certain. And there is, generally speaking, less risk taking involved. When you get cast in those types of movies, they tend to want you to do something they have seen you do before, and that’s not as much fun. Occasionally, it is nice to have the power of a big budget and the comfort of a kind of certainty and plan, while in smaller films, sometimes you are really flying by the seat of your pants. Like working with Abel (Ferrara), you don’t know what’s happening from one day to the next, sometimes. These are both important experiences. My ambition as an actor is to be flexible, and as a person in any situation, to take the best of it. It is also key to be able to receive what’s there. I spend less time comparing things and making plans than I do on seeing how I feel about about a situation and if I’m open to receive whatever opportunities are there.

NE: What’s most important thing you consider when working with a director at this point of your career? What sort of compromises are you unwilling to accept while you’re working?

WD: I want be in situations where I feel engaged. The great thing about film is that you can have experiences, thoughts, and feelings that you may not have in life. It enlarges your sense of imagination, wonder, and curiosity. That’s what I always search in projects. As far as career, what I will or won’t do, I think it’s a case-by-case decision and to plan too much, to give yourself rules, directions or even plans, it really limits you because you don’t see what’s in front of you.