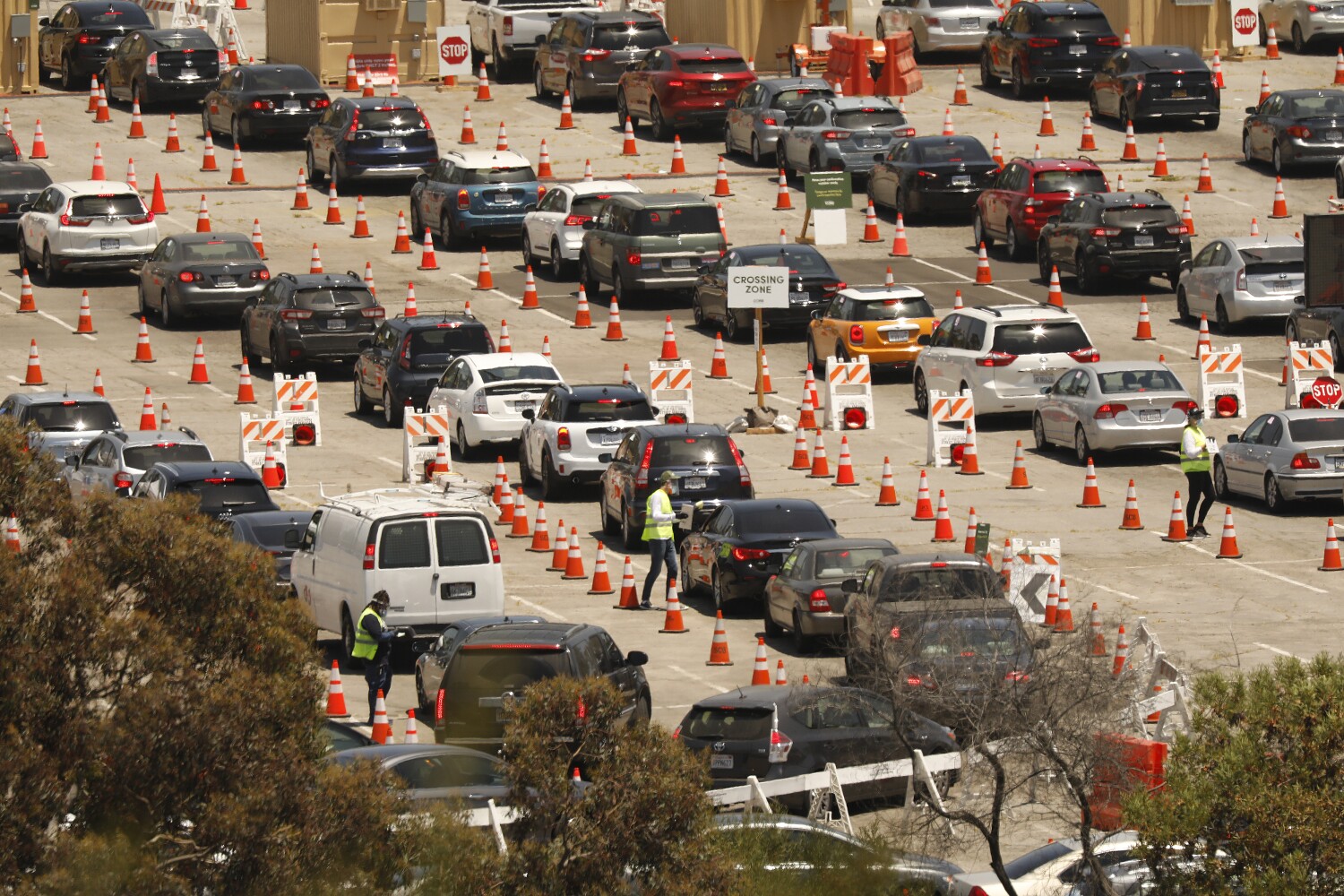 The surge of the coronavirus in Los Angeles County continues to be fueled by younger people, with the majority of those infected younger than 41.

Officials said Sunday that 53% of the 2,848 new cases reported for the day occurred among that group. Overall, 52% of cases to date in the county have been people under 41.

Statewide, people 18 to 34 years old make up the largest percentage of confirmed coronavirus cases, followed by those 35 to 49, according to The Times’ coronavirus tracker.

The surge in cases began in June as parts of the economy reopened. Officials believe the coronavirus is hitting younger people who got back to summer socializing or resumed work. Those dying from COVID-19 continue to skew much older, with people over 80 being the largest group, followed by those 65 to 79.

There has been growing concern about a rise in young Californians getting COVID-19. This month, Gov. Gavin Newsom called them “the young invincibles” — who believe they don’t face a risk of becoming ill or passing the virus to others.

“They are invincible but don’t feel it’s going to impact them and if it does, it’s not a big burden,” he said.

With hospitalizations reaching new highs this month, officials have closed down some businesses, including bars, indoor restaurants, malls and other retailers. There remains debate about whether California reopened too soon.

Los Angeles Mayor Eric Garcetti said Sunday that L.A. opened too quickly and again warned that the city was close to imposing some type of new stay-at-home order if conditions don’t improve.

Garcetti was asked on CNN about a Times editorial that criticized the rapid reopening of California, which was followed by a major surge in both new COVID-19 cases and hospitalizations.

“I think a lot of people don’t understand, mayors often have no control what opens up and doesn’t — that’s either at a state or county level,” Garcetti said. “And I do agree that those things happened too quickly.”

Despite his comments, local leaders like Garcetti are permitted to issue closure and stay-at-home orders that are stricter than those issued by the county or state, just not rules that are more lenient, officials have said.

The mayor has previously suggested that he will be in charge of deciding when the city should reopen.

“Our timing on opening may vary from other parts of the state,” he said in early May. “I will reopen our city with careful consideration, guided by public health professionals.”

Garcetti also said Sunday that the city was “on the brink” of new restrictions but did not elaborate. The mayor has made the comment before over the last two weeks, saying the city would act if cases continued to rise — even after a series of restrictions imposed by the state this month that included a ban on indoor restaurant dining, and the closing of bars, malls and other retailers in L.A. County and many others.

The mayor urged patience, saying it will take up to three weeks to learn whether the closures have helped slow the spread of the coronavirus.

There are 2,216 people hospitalized with the virus, the county health department reported. Sunday was the fifth consecutive day on which the number of hospitalizations topped 2,100 and the first time hospitalizations have surpassed 2,200.

Among those hospitalized, 26% are in intensive care units and 19% are on ventilators.

“We continue to reach concerning milestones and today we are seeing the highest number of COVID-19 hospitalizations,” L.A. County Public Health Director Barbara Ferrer said in a statement. “Right now, young adults are being hospitalized at a rate not seen before. No matter how young you are, you are vulnerable to this virus. I urge everyone to take collective responsibility — stay physically apart from people you don’t live with, properly wear a face covering when you are outside your home but stay home as much as possible.”