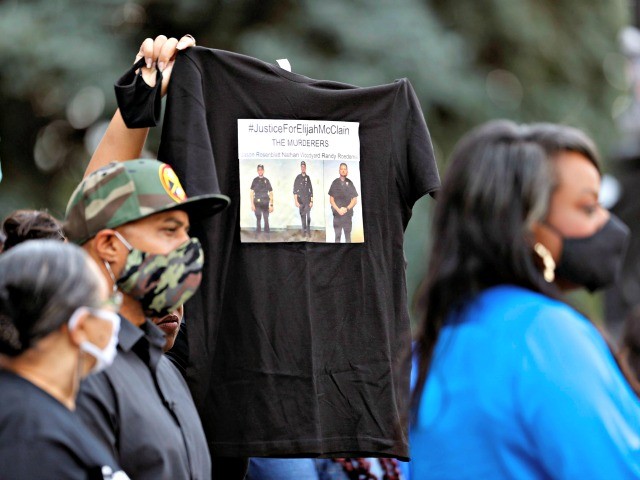 Colorado Gov. Jared Polis (D) made the decision Thursday to reopen an inquiry into the 2019 death of Elijah McClain, a 23-year-old who got into a confrontation with police officers and was placed in a chokehold.

The decision, which was made official by an executive order from Polis, was sent to Colorado’s Attorney General Phil Weiser and directed him to investigate the matter with the potential to prosecute the three white police officers who were involved.

“Elijah McClain should be alive today, and we owe it to his family to take this step and elevate the pursuit of justice in his name to a statewide concern,” Polis said in a statement on Thursday.

In an effort to show his support for McClain and his family, Polis discussed police reform and “public trust” in law enforcement:

Now more than ever, we must do everything within our power to foster public trust and confidence in law enforcement and the criminal justice system. That’s why I have appointed a special prosecutor to investigate this case, and it’s why earlier this month we took a step in the right direction by signing sweeping bipartisan police reform legislation into law that has now established significant new accountability for officer-involved killings.

Polis also indicated that he had spoken with McClain’s mother, who described her son as a “responsible and curious child” and one that “could inspire the darkest soul.”

Polis concluded remarks in his statement by relating it to himself, as a father.

As a father, my heart breaks for the McClain family. All Coloradans should be safe walking home from the convenience store, or just being in their own neighborhoods listening to headphones. Unfortunately, I know that is not how many people — especially young people of color — feel in our state today, because I’ve heard it from them directly. We need to do a better job, and at a bare minimum they deserve a thorough review of the case.

In a statement to TMZ, the attorney for McClain’s family said, “It shouldn’t take a petition signed by millions to hold police accountable when they kill an innocent black man.”

The incident involving McClain took place on August 24, 2019, after police received a phone call about a suspicious individual wearing a ski mask and waving his arms. Upon arrival, police have said that McClain would not stop walking and resisted while fighting with cops when they attempted to take him into custody.

It was then that McClain was put into a chokehold and police body camera footage revealed that McClain said, “Let go of me. I am an introvert. Please respect the boundaries that I am speaking.”

After being placed on the ground for fifteen minutes, paramedics arrived and he was given a sedative. He went into cardiac arrest and was transferred to a hospital where he was declared brain dead while on life support. Life support was withdrawn three days after the event occurred.